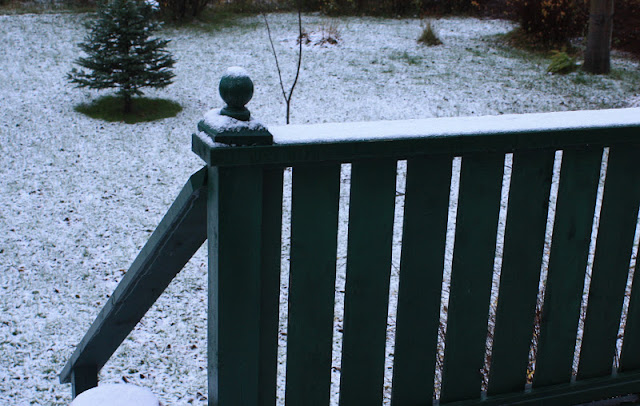 With the first snowfall each year comes the anticipation of the upcoming festive season. It also is the time when little groups of friends and co-workers start organizing Christmas "cookie exchanges".  Sooooo...that being said, the hunt is on for that special cookie for my contribution to this year's exchange.

My first trial of a new recipe for this year was "Caramel Heavenlies".  Here's the recipe.......

Line a 15 X 10 inch baking sheet with tin foil.  Place graham wafers on the pan
and cover with marshmallows.  In a saucepan, over medium heat--bring butter,
brown sugar and cinnamon to a boil, stirring constantly, until sugar is completely
dissolved.  Remove from heat and stir in vanilla.  Spoon the hot mixture over the
marshmallows, then sprinkle almonds and coconut over top.  Bake at 350 degrees
for 14-16 minutes-(watch carefully, as the sugar burns quickly).

Cool completely, cut into 2 inch squares, then cut each square in half to form
triangles. 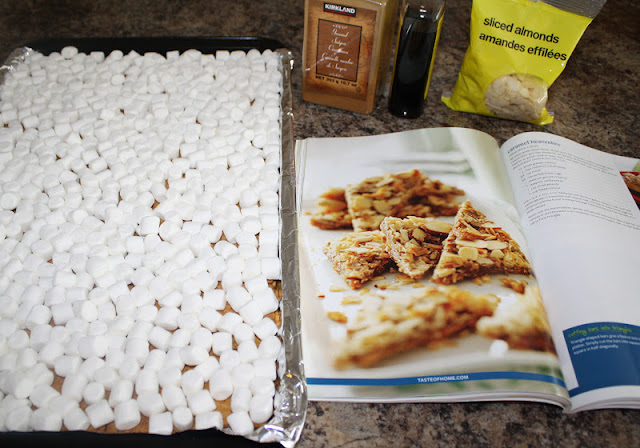 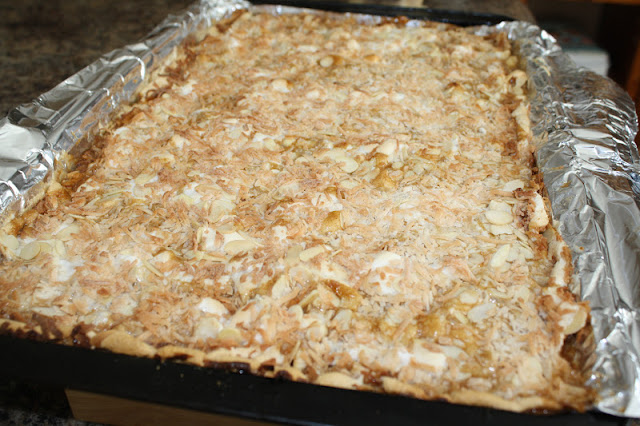 The smell of these cookies as they baked was fabulous.

After they cooled, I cut them up and displayed some of them on one of my most prized dishes.....a footed plate that was on the wedding table of my late mother-in-law.  She was married in 1937 at the age of 15.  She gave birth to the first of her seven children when she was 21 years old!! 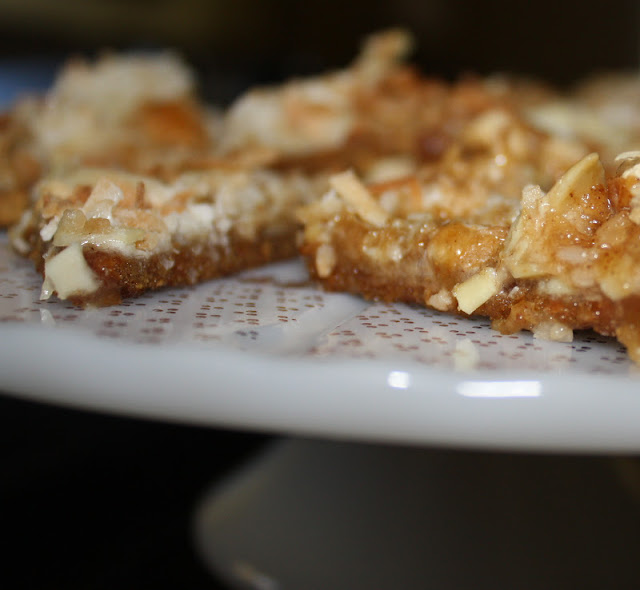 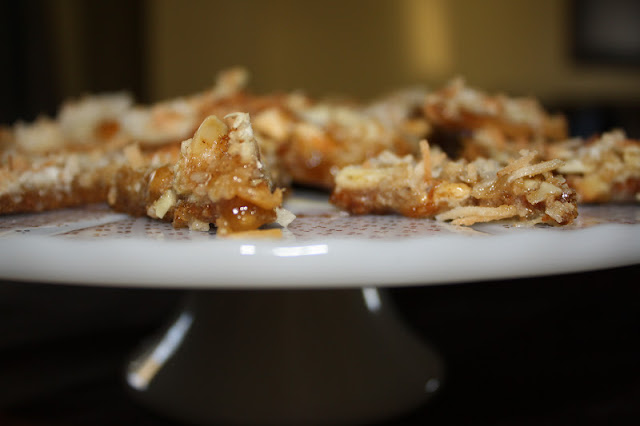 The cookies don't look too bad, either, do they? 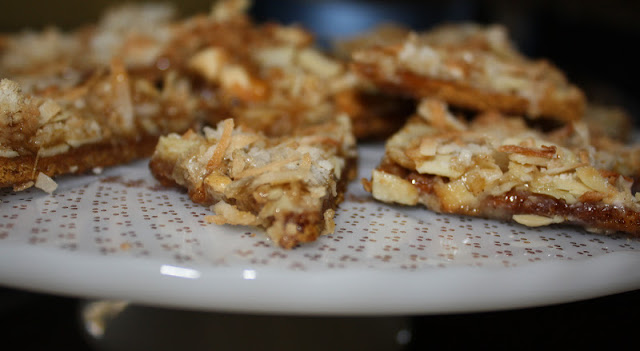 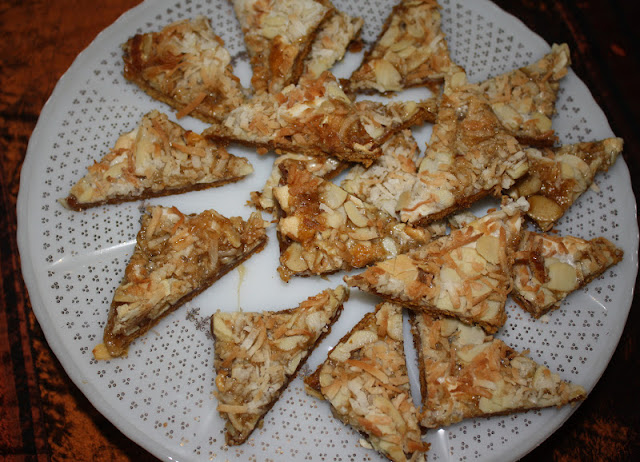 The caramel taste contrasts beautifully with the almonds and sweet coconut to make a lovely crunchy treat.

I packaged them up and took them all out to friends and neighbors.  I even took some to my good friend Bill, who owns and operates the Chestnut Tree Cafe.  He cut them a little smaller and passed them around to everyone there at the time....they were a hit.  I have a feeling that I'll be making these again......real soon.

If you have a favorite cookie recipe that you wouldn't mind sharing, I'd love to hear from you.