Last summer, if you asked me what the London Eye was.......I have to admit......I wouldn't have known.  When we began planning this trip, I started researching........WOW......The London Eye very quickly moved to the top of my list of London's "Must See" attractions. 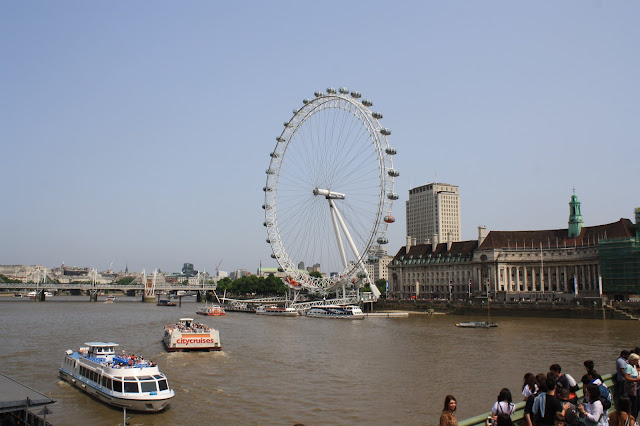 Now, let's back up a bit.....this is a girl who doesn't like ferris-wheels, roller coasters or anything of that sort.  I would still be riding the merry-go-round at the fair, if the attendants would let me get on--ha ha.  So I was actually thinking I would be quite content to just be in the general vicinity of the Eye and get a few good shots---not the case, I was like a woman possessed, and was drawn to the thing the moment we stepped off our tour bus.  I couldn't get close enough to it and found myself longing to get on it!!!!!!   Much to everyone's surprise, especially my husband, I was first in line for the tickets.


This was the scene when we "hopped" off the bus.  We bought 'express tickets' and were guaranteed a 10 minutes or less wait.....we were on that thing in about eight minutes!!! 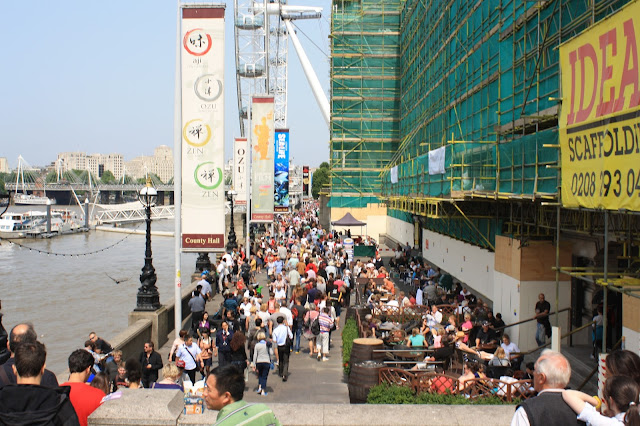 It hard to describe the massive size of the Eye.  It is the tallest ferris-wheel in Europe (and was the tallest in the world in 1999, when it was erected).  It stands just under 450 ft tall. There are 32 air-conditioned capsules, representing the 32 different borroughs of London.  Each capsule is capable of carrying approximately 25 passengers. 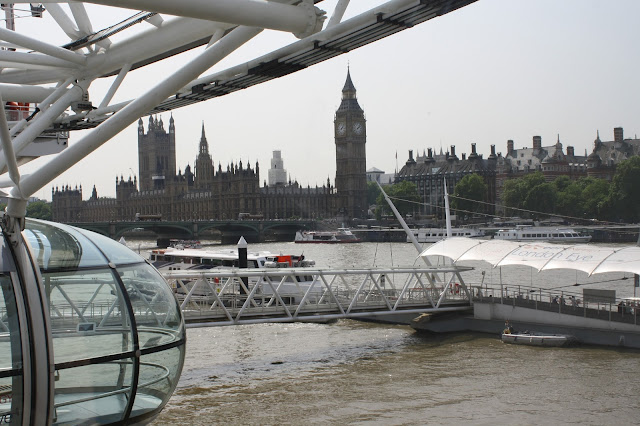 The views of the city are breathtaking as you slowly make one full revolution on the wheel.  It takes about 30 minutes to go around once and the wheel is moving slow enough that passengers are constantly entering and exiting without the wheel actually having to stop at any time. 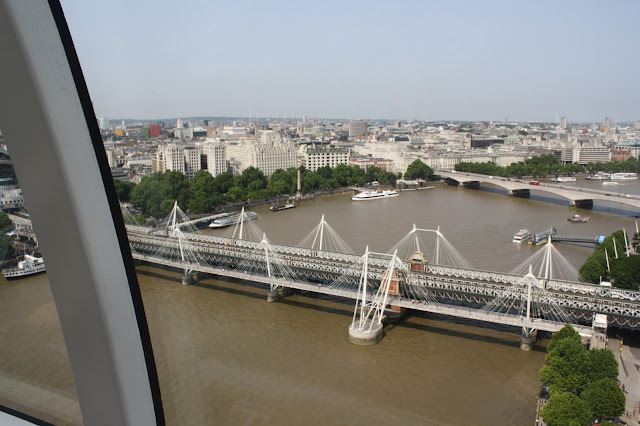 I really didn't expect to photograph Big Ben from above it.....haha! 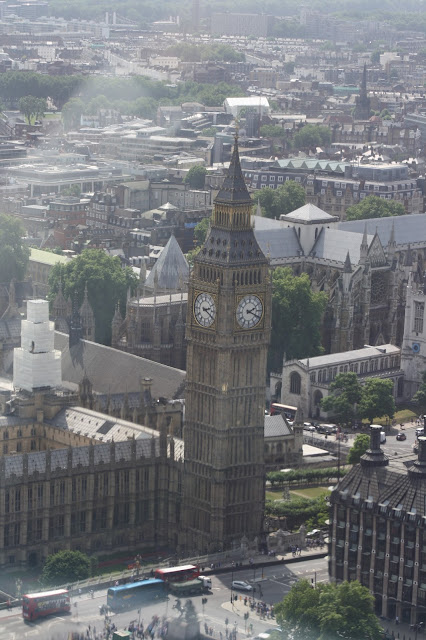 Unfortunately, most of these photos have glare, remember I was suspended in a glass capsule in very bright sunlight. 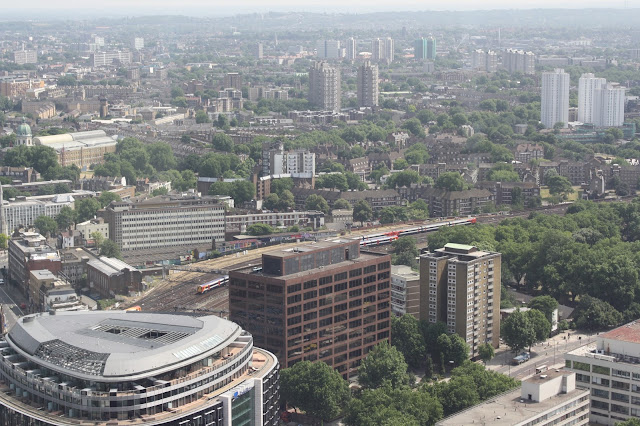 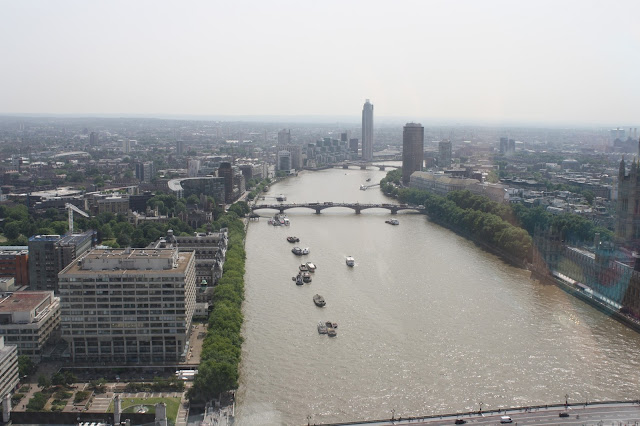 The double-decker buses on the street look so tiny.....and I was zooming!!! 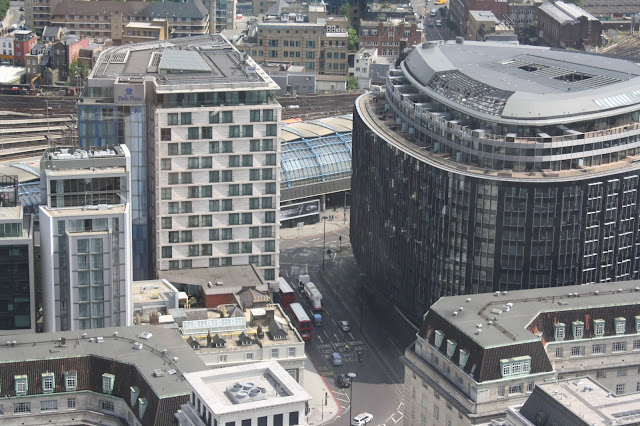