I went to a surprise potluck Farewell party for one of my old work colleagues who has taken a new job.....I made Black Forest Trifle......it was yummmy!!!!  One of the girls (Tracy) volunteered to have this gig at her house----thanks Tracy, that's a lot of work!  Even though it's potluck and everybody brings awesome food and drinks...it's a huge thing for the house owner.....and a fab "hostess with the mostess" she was!!  S|he was busy as a bee barbequing and fetching ice, cold beers, etc......awesome stuff ;O)

I grated milk chocolate chunks and sprinkled over top 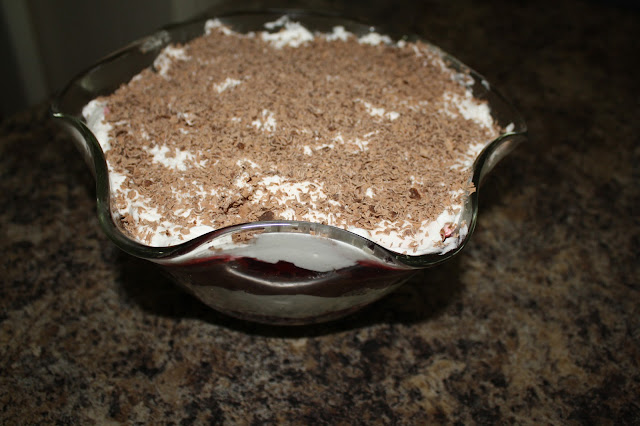 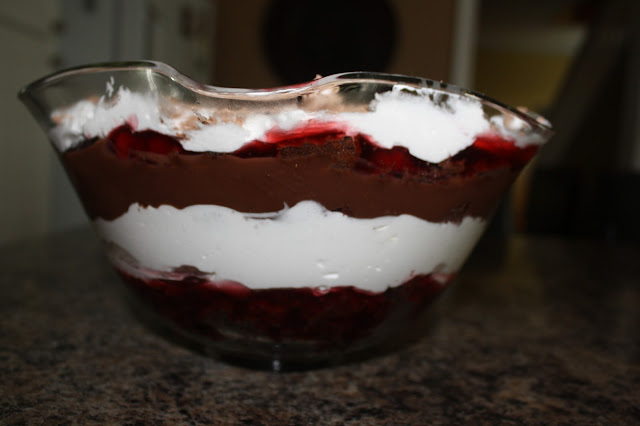 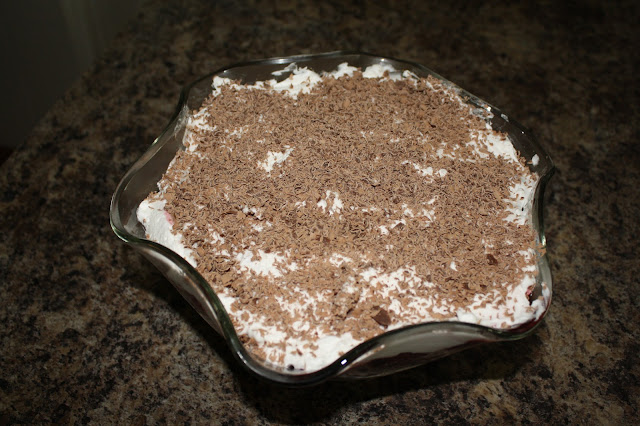 This is a simple recipe...I actually froze half of the baked cake for another time.  I made this last summer, replacing the canned cherry filling with fresh raspberries.  What's your favorite trifle recipe??