Right after we got off the London Eye, we ran to catch a river cruise on the Thames.......always nice to try to look at things from all angles, ha ha!!!

As soon as we got settled in our boat, we looked up............way up.  Here's a a totally different perspective of the London Eye.  It is amazing. 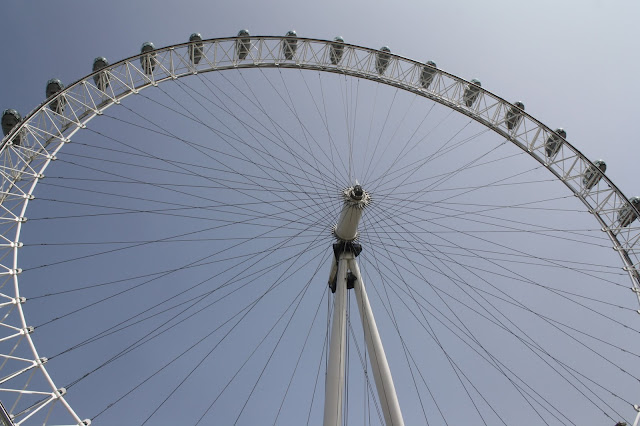 The City of London School sits on the Victoria embankment of the river.  I absolutely fell in love with this building.  I have to go back to London.  I would love to have at least two weeks there to get the opportunity to go to some of these old buildings, go inside and roam around---that would be heavenly.  Can you just imagine the stories the walls inside this building could tell........ 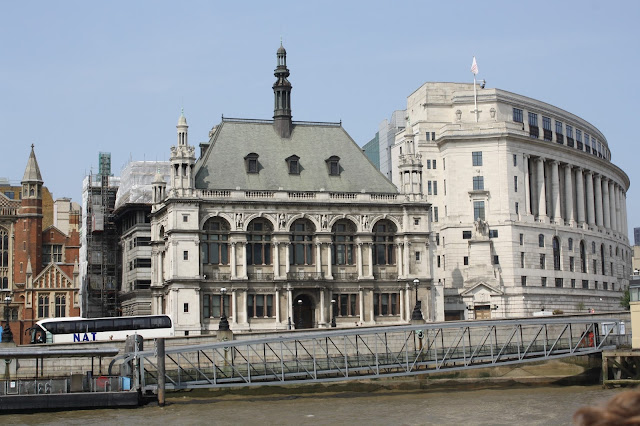 Isn't this building just gorgeous??!!??  This is City Hall of London, England.  It's design is quite a contrast to many of the very old buildings along the river, but is is magnificent, nonetheless. 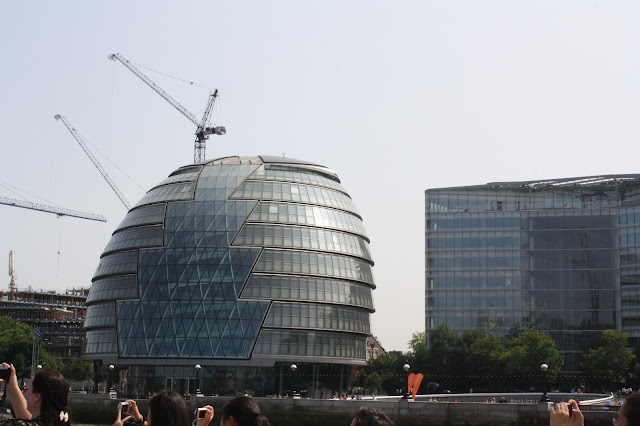 .........and this beauty is The Tower of London.  The history of this building is just jaw-dropping.  I hope you have time to check out the links and do a little reading. 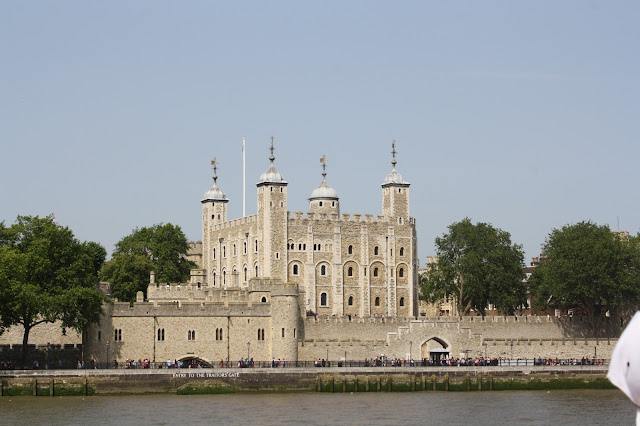 Below is a shot of the columns of the old Blackfriars Railway Bridge over the river.  When the new bridge was completed, the architects and engineers decided to keep the old columns in place rather than removing them.  This decision was made because they feared that their removal would somehow jeopardize the integrity of the new bridge only a few feet away. 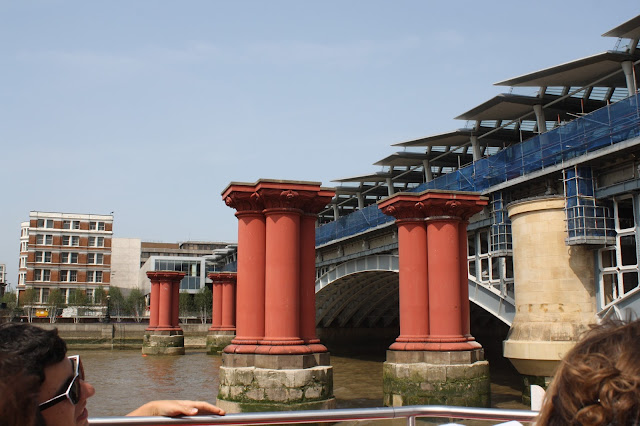 This picture needs no explanation.....or does it???  It is the beautiful Tower Bridge of London, however it is often mistaken and called the London Bridge.  It was breathtaking from every angle. 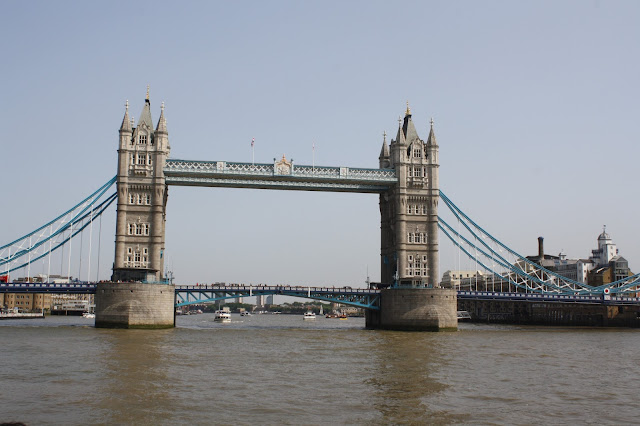 Well, I hope enjoyed this tiny sampling of the shots I got from the river cruise.  Stay tuned later in the week for some breathtaking scenery from Dover area.