Well, I've been talking about this for awhile...but it has finally started!  As with any construction job...there are always delays.  This project was delayed for a week because of a forest fire in the area that Roger was involved with.

On Tuesday evening, one of the big trees in the back yard had to come down.  Our neighbor Dave, and Roger set to work and got the ladder up to remove as many limbs as possible before they cut the tree.  This was to prevent any limbs from hooking into the eave of the garage when it fell. 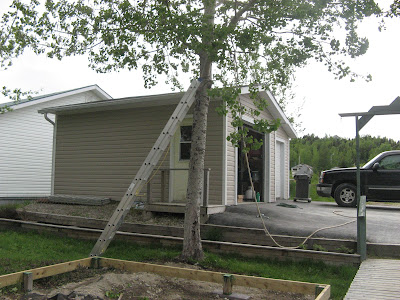 After the lower limbs were removed with a small electric saw, one end of a heavy cable was attached  to the tree and the other end was attached to Roger's truck. 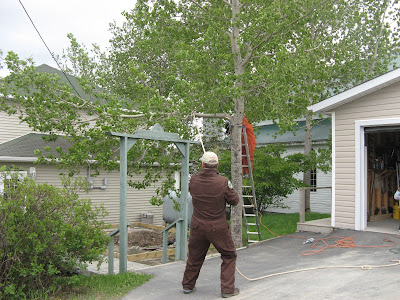 As Dave cut the tree with a chainsaw, Roger slowly drove off, pulling the tree onto the driveway..... 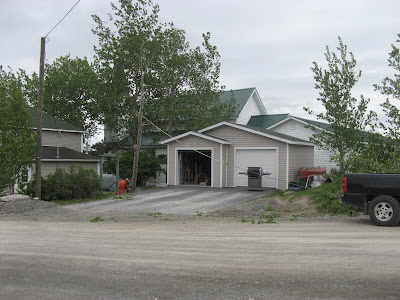 I had lots to clean-up from the tree removal.  On Wednesday evening, Roger completed the foundation work.  He had most of the preliminary work done.  We are now ready to put on the floor.  Roger is using all pressure treated lumber. 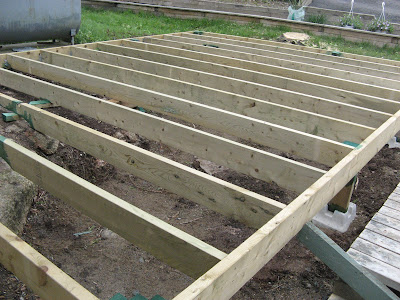 Here is a picture of the gazebo we are building.... 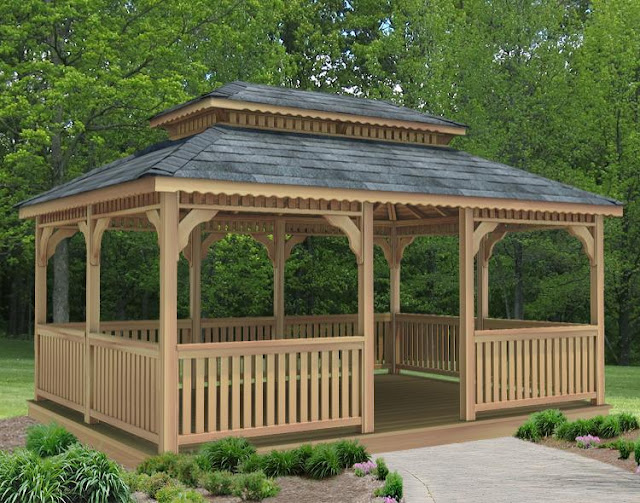 Our gazebo will be totally screened in, with a screen door.  Roger is also making panels of glass to put in place during the cooler season so we can use it right into fall and again in early spring.  The dimensions are 12' x 16' .  I'll post progress pictures every coupe of days.  I can't wait to pick some new garden furniture to go in it!!!!

Do you have any new garden projects under way???
Posted by Kathleen's Blog at 04:23